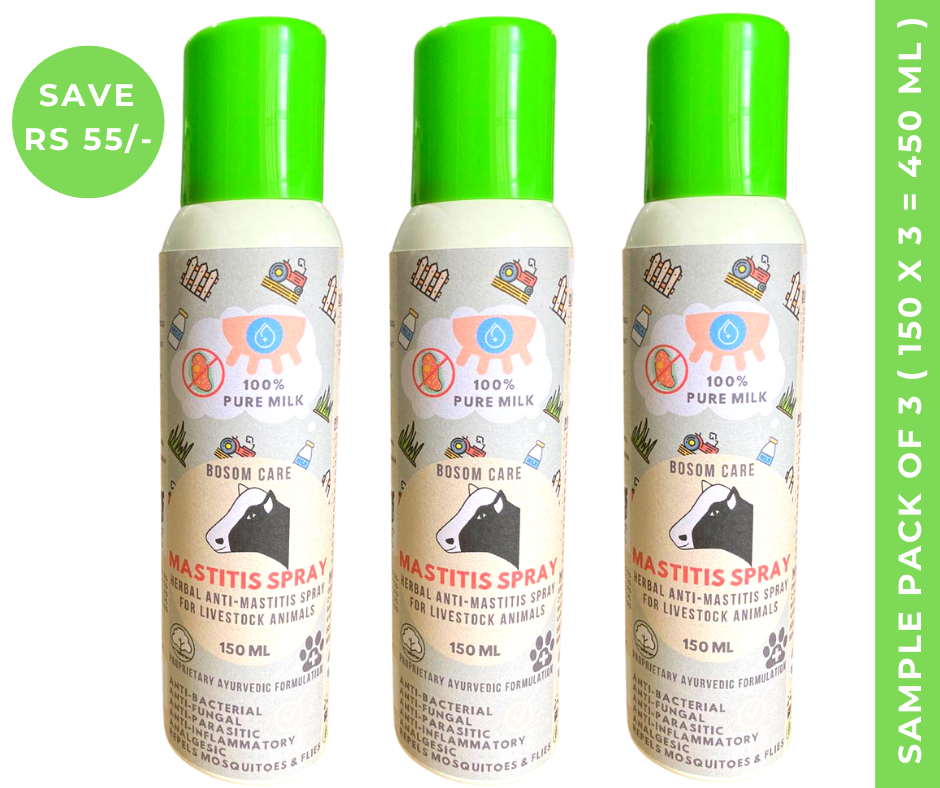 Bosom Care Mastitis Spray is a unique Proprietary evidence based formulation which helps to control & act against mastitis causing organisms mainly S.aureus & S. agalactiae. Mastitis is the most common and most costly disease among dairy cattle. In herds without an effective mastitis control program about 40% of the cows are infected in a average of two quarters. It has been estimated that mastitis costs about Rs 10,000/- per cow per year. Reduced milk production causes about 70% of the total loss associated with mastitis.

Save this product for later
Display prices in: INR
Close Menu